DSSI in the news

Read more about our program, and watch this video of two students' 2020 experiences. Have questions? Check out our FAQ. 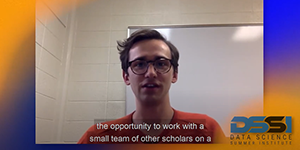 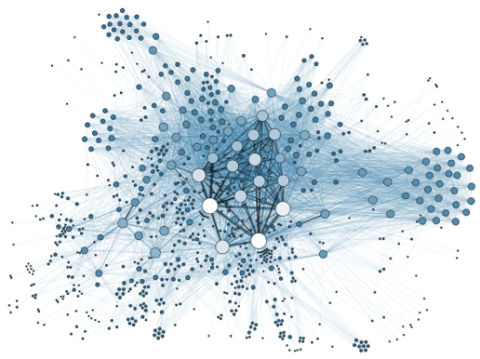 The DSSI perfectly connected my coursework in physics, astronomy, statistics, and computer science to solving problems using real-world astronomical data. If you're looking to grow from exceptional colleagues, mentors, and seminar speakers as well as apply your expertise to make a real difference in Lab research and national security, this program could be a great fit for you!

Our interns are also paired with mentors—experts across many data science fields at the Lab—whose projects align with students' skills and interests. Check out recent Challenge Problems and mentors below.

Understanding the nature of dark matter and dark energy relies on accurately mapping the universe around us, making distinguishing stars from galaxies a crucial task for astronomers. If correctly identified, star and galaxy images can help researchers unravel the mysteries of the universe. With ever-increasing large-scale photometric surveys that collect data on upwards of billions of stars and galaxies, automated classification solutions have a significant time-saving advantage over manual classification methods.

Galactic objects emit waves on the electromagnetic spectrum. Stars and galaxies emit in multiple wavelength ranges. The Hyper Suprime-Cam (HSC) telescope in Hawaii uses photometric bands that allow in light from certain ranges. Its camera measures the amount of light that falls on each pixel during exposure.

Challenge: Use data science techniques to identify stars and galaxies in images from a ground-based telescope. Each image in a publicly available dataset of 34,000 images from the HSC consists of a 26x26 pixel array. 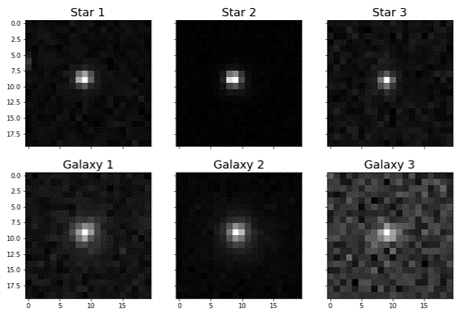 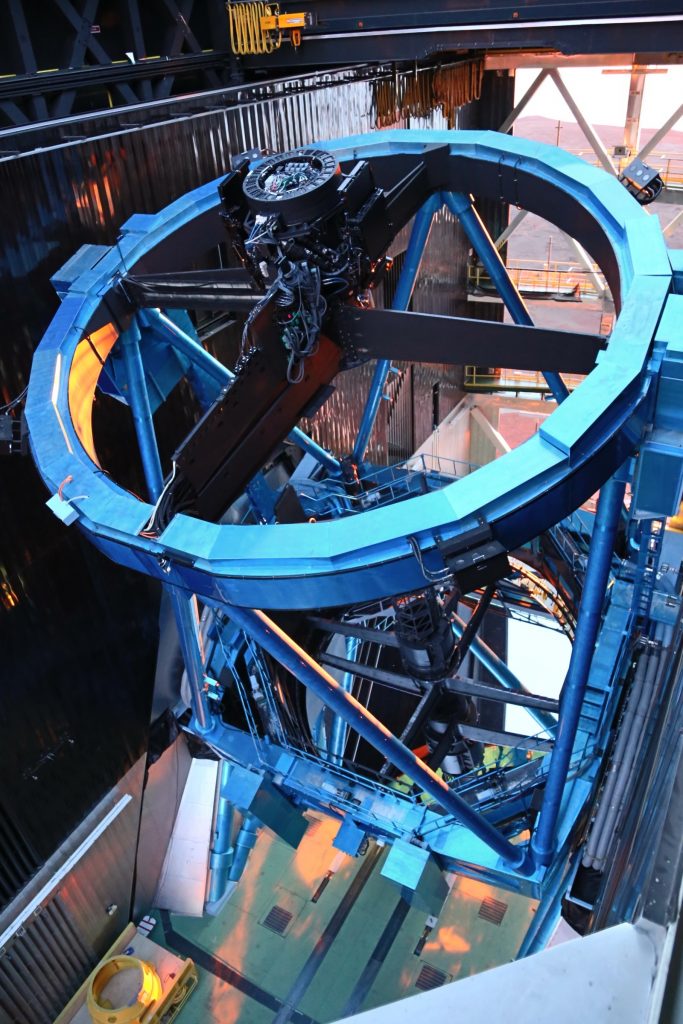 Part of the HSC telescope assembly. (Photo from https://hsc.mtk.nao.ac.jp/ssp/gallery/. Click to enlarge.) 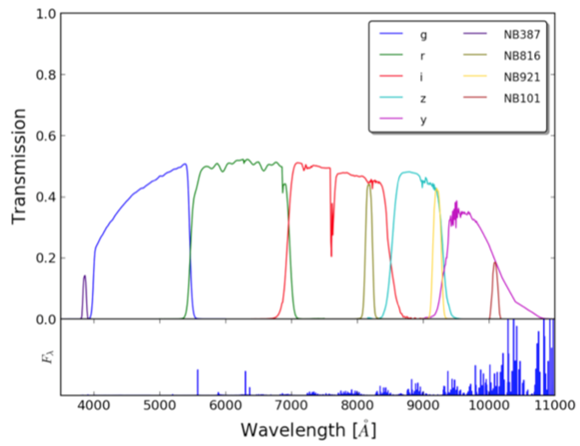 Smart planetary defense strategies require space situational awareness. Of the millions of orbiting asteroids and comets in the Solar System, several thousand are potentially hazardous to Earth. Larger objects are easier to detect but could inflict more damage. Finding these objects within telescope images is difficult because they reflect sunlight instead of emitting their own light—but brightness alone does not correspond to size.

The convolutional neural network (CNN) is a class of deep learning neural networks. CNNs represent a major breakthrough in image recognition, are most commonly used to analyze visual imagery, and are frequently working behind the scenes in image classification. Gaussian processes and Bayesian classifiers are other methods that may be used in this application.

Challenge: User deep learning techniques to identify asteroids. This smaller dataset of difference 1,000 images from California’s Zwicky Transient Facility (ZTF) have been injected with 20 asteroids each, for a sample size of 20,000 asteroids. 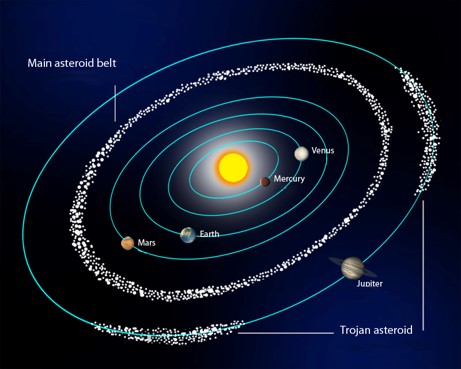 Asteroids are rocky remnants of the Solar System’s formation. (Click to enlarge.)

Deep learning models can predict which objects are asteroids. (Click to enlarge.) 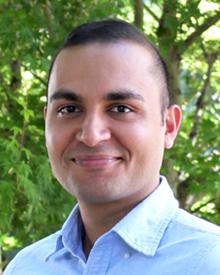 Bhavya thrives on solving challenging problems in data science, focusing on improving the reliability and the safety of machine learning systems. “Reliability and safety in AI should not be an option but a design principle. The better we can address these challenges, the more successful we will be in developing useful, relevant, and important ML systems,” he states. He also pursues mathematical solutions to open optimization problems, including a novel sphere-packing theory, and is building provably safe, explainable deep neural networks to enable reliable learning in applications for materials science, autonomous drones, and inertial confinement fusion.

Ready for the next step?

Visit our applications page to read FAQ about the program, apply to the job posting, or contact us for more information.